Effects of wildlife conservation efforts on a declining farmland bird, the grey partridge, and farmland biodiversity

Grey partridges in Sweden, as in the rest of Europe, have declined considerably since the middle of the 1900s. Their range has at the same time contracted southwards and the main part of the Swedish population is now found in Scania as well as on Öland. Scientists believe with substantial certainty that the decline is primarily caused by changes in the agricultural landscape. Microhabitats like field edges and uncropped field islands have been removed as fields have been enlarged to make farming more efficient. Insects are vital for chick survival but the increased use of both herbicides and insecticides has lead to a reduced abundance of chickfood

Aim of the project

With this project we will investigate the reasons behind the grey partridge decline in Scania and whether systematic wildlife conservation efforts in the shape of newly created partridge habitats can affect a part of the Scanian population. We want to find out whether the grey partridge can work as a bioindicator, i.e. whether efforts that are carried out to benefit this particular species also can lead to a general increase in farmland biodiversity.

To improve the conditions for both grey partridges and other organisms we will use a prescription designed by The Game & Wildlife Conservation Trust in England. The full prescription consists of habitat improvements, predator control and supplementary feeding but we have chosen to only test the first mentioned ingredient. In a large-scale experiment we will create different types of cover that the partridge needs throughout the seasons:

Partridges, but also pheasants, hares, other birds, ground predators, ungulates and insects will be surveyed during the four years of the project. The results from two experimental areas will be compared with what has happened on two unmanipulated control areas during the same time.

In order to understand the reasons behind the grey partridge decline we will also carry out a historic analysis regarding any potential relationship between changes in the numbers of partridges in Scania and changes in the agricultural landscape. For this study we will collect bag records from Scanian estates and holdings and analyse aerial photographs from the past till present. The experiment is carried out at the Högestad & Christinehof estate, with the kind permission from Carl Piper. The company covers the financial and practical aspects of implementing the prescription. This is a heavy obligation and without their positive involvement and enthusiasm this project would be considerably more difficult to carry out.

The project has a reference group that convenes once a year to discuss the way forward for the project and any problems should they arise. The group consists of both scientists, game and wildlife advisors and ornithologists: Henrik Smith (LU), Nicholas Aebischer (GWCT), Carl Piper (H&C), Carl von Essen, Ian Lindsay (GWCT) and Kenneth Bengtsson (SkOF). 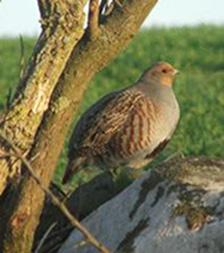 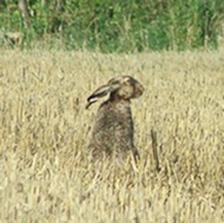 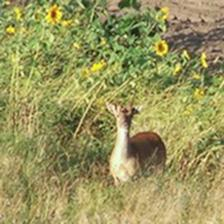