Bushmeat is a term used for meat from any wild animals, but mostly used to refer to wild meat from tropical areas. While hunting of many species can be sustainable, there are numerous cases of unregulated hunting, and hunting of species and populations unable to sustain increased mortality rates, which is clearly unsustainable. This is particularly problematic if the hunted species have important ecosystem functions, such as seed dispersal.

In many parts of Africa primates (monkeys and apes) are hunted for meat. Most African primates eat a lot of fruit, and through their foraging disperse the seeds. The fruiting tree species often dominate the forests. 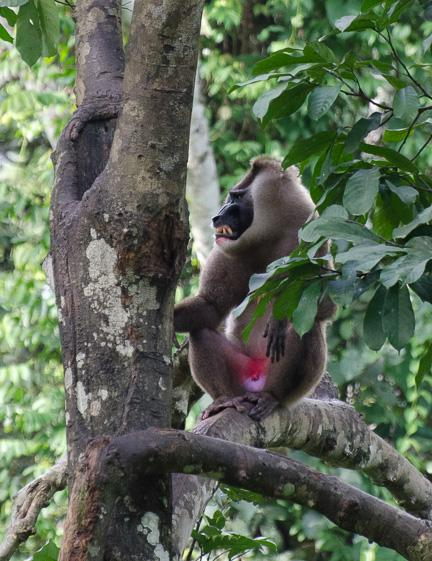 In this project we study the ecological effects of losing primates from the forests, and also the socio-economic drivers and importance of hunting to local people. We have studied the communities of mammals and birds, and that of tree seedlings in a rain forest area in south eastern Nigeria, in Cross River National Park, and on and near Afi and Mbe Mountains.

We used three study sites with a relatively intact primate fauna, harboring several species of monkeys including the drill (Mandrillus leucopaheus), as well as chimpanzees (Pan troglodytes ellioti) and the Cross River gorilla (Gorilla gorilla diehli). We compared these with three very similar paired sites where the adult  trees species composition was similar, but the primates have been lost due to hunting.

We found that in the forests without the primates some other mammals, such as large rodents, had increased, while the bird fauna was unaffected (Effiom et al 2013a). Related to the loss of primates, and increase of other mammals, was a dramatic shift in the seedling community. These next generation trees had a different species composition in forests that were hunted as compared to in the forests well protected from hunting (Effiom et al. 2013b och Effiom et al. 2013c). In the protected forests the seedling community was very similar to the adult tree community, but in the hunted forests it was shifted away from the primate dispersed species and seedlings of wind dispersed species were much more common.

These findings generally corroborate the Janzen-Connell model, which predicts that efficient seed dispersers can be crucial to maintain the composition and dynamics of tropical forests. Our results predict that these rainforests will change quite markedly if the primates are lost, even if they are protected from logging.

We have also conducted household surveys in villages in and near these forests, both in Nigeria and in Cameroon. We interviewed people about their reliance on forest resources for household economy, their consumption of forest products, including bushmeat, and attitudes towards primates and conservation. 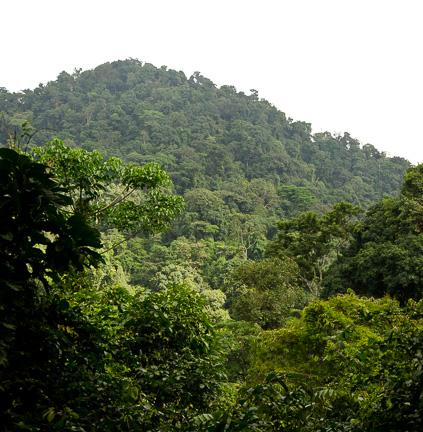 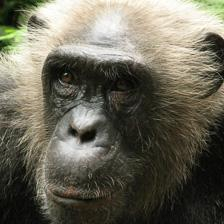